It’s been a long six years since my last picture book entered the world. Now there’s two new stories on the way in September. 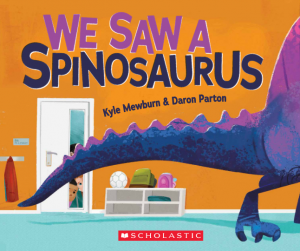 We saw a spinosaurus is a romping, stomping rhyming story that should have everyone in hysterics by the end. Vibrant illustrations by Daron Parton 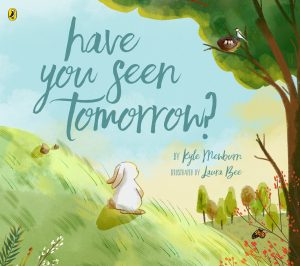 Have you seen tomorrow? is a gentle fable about gratitude, mindfulness and living in the present. Stunning illustrations by Laura Bee

My second story inspired by an idea posted on Facebook. This one is for slightly older kids (9-13) Hope you enjoy it. Lockdown Tales 2

In an effort to kickstart my creative cogs during lockdown, I asked kids to share ideas which I could turn into a story starring them.

I’ve been wondering how I might contribute something to help cure potential boredom during the covid-19 lockdown. In the end I realised only have my stories. So here’s a new one for middle grade readers which hasn’t been published yet. Download the PDF below.

For twins Archie and Pippa (12), summer holidays are a time for adventure. Having grown up on the farm, they’re used to making their own fun, too. The last thing they need is to babysit city kids Nik (13) and Mia (11) who have, rather unexpectedly, come to stay.

When animals start turning up with skulls shattered and brains missing, their adventure takes a dark turn. The four must join forces to solve the mystery and keep the farm out of the clutches of the evil Howes.

My first self-publishing adventure begins. It’s been 12 years since my first book The Hoppleplop was published. Being a first book by an unknown writer, it quickly sank without a trace, despite some excellent reviews by librarians and teachers. Or at least I thought it had sunk without a trace. But over the last dozen years I’ve been amazed and thrilled by the number of kids who have told me it’s their favourite book and the number of parents who have contacted me wondering where they might replace their read-to-death copy. I’ve even had several kids turning up as Hoppleplops at school Book Week Dress Up days.

Over the years, the wonderful illustrator, Deb Hinde (who has shared similar experiences of The Hoppleplop’s enduring legacy), and I have often chatted about re-publishing it ourselves… one day. Until finally, last year, we decided to take the plunge. But we didn’t want to simply re-print the original story. We wanted an improved, revised and extended Creators’ Edition which we could both be proud of. And it’s finally here!

We’ve completely re-designed the book with a brand new cover plus a “behind-the-scenes” look at the story’s creation. The Hoppleplop is now available in two formats – Hardcover (complete with newly designed endpapers) and Softcover (with flaps to help protect and enhance the book). You can pick up a copy at any good bookshop or order a signed copy directly from me. Just follow this link to The Hoppleplop page.

Great news! The House on the Hill has been shortlisted for the Picture Book, Children’s Choice AND Illustration categories in the New Zealand Book Awards. If you like my story, you can vote here – Children’s Choice. The winners will be announced on August 8. Wish me luck!

My wonderful new website is offically launched! For a non-visual, non-designery type person like me, having a website professionally designed always seemed a bit daunting. All those questions about what I want it to look like, how I want stuff to work, whether I wanted to include links to bookshops etc etc. Especially when my answer to all these questions was – “I don’t know!” In the end it was actually quite painless, thanks to Doug from ArtsNet. Now it’s all up and running and looking rather fetching – plus, more importantly, working wonderfully.

To celebrate I’m giving away 10 books! (More or less of your choice – unfortunately I don’t have extra copies of all my books anymore. But who’s going to complain about a free book, eh?) There are two ways to enter. If you’re already following my Facebook page, simply leave a comment on this post saying which book you’d like to win. If you’re not following my Facebook page, simply follow the link to my page, “like” it and post a note on telling me which book you’d like to win. 5 books to be given away to each group. Entries close September 15.

Thanks to everyone for your support!

Time flies! I guess when I’ve got no new books coming out I sort of lose track of my website. In fact, until recently it looked like I wouldn’t have ANY books coming out this year for the first time since 2004. But at the last minute I got asked to do another Rosie the cow story for DairyNZ. So that was exciting. The book will be released in October, I think.

In the meantime I’ve been hard at work on my new Junior Fiction series called Dragon Knight. It’s all a bit TOP SECRET at the moment, because the first episode isn’t coming out until March next year, so I can’t give away too many details yet. But stay tuned! Hopefully all the Dinosaur Rescue fans will enjoy my new series as well.

Speaking of Dinosaur Rescue, today I received my copies of it in Brazilian! Very exciting. It’s now been published in 25 countries, including Israel, Slovenia and most of Asia. Still not available in the US or UK, I’m afraid. Weird.

In other exciting news I was recently in Wellington to talk to the kids who made enormous sculptures based on my stories. Talk about impressive! What a great job they all did. Click on this link to view some photos. 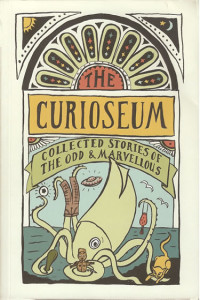 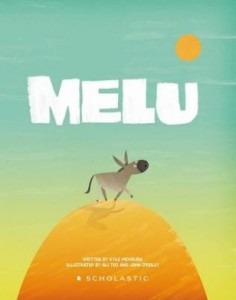 Melu has been short-listed for the NZ Post Children’s Book awards!

The winners will be announced on June 24, so keep your fingers crossed.